Kings of War 2nd edition – end of the first run through

To recap the first post of this battle, a group of Northmen under Jarl Sven of Bjarnulfholm are fighting the ancient evil known as the Cursed Legion, raised from centuries in death by the Nameless Necromancer (basically because I couldn’t think of one when doing the army list).

The Undead surprised the humans from the outset, with allied werewolves surging forward and ripping through a unit of archers and overrunning one of the two precious cannons.

That part of the game was played at midnight. The rest was played in the dull grey sunlight of a Scottish summer. Let’s see if that makes a difference! 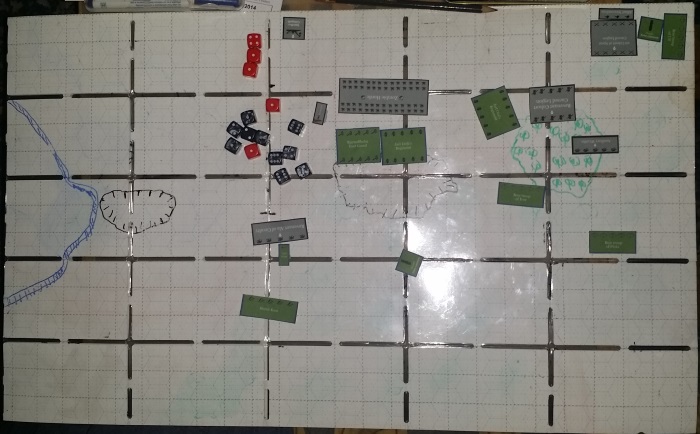 The humans try to secure their rear

The werewolves, flush from their demolition of the cannon Hugin, got overconfident and turned towards its brother Munin, leaving its rear open to a charge from the knights of Hersir Knut. After that charge wiped out the werewolves he turned ready should the Revenant Cavalry overwhelm his lord, the Jarl Sven.

Sven assaulted the Revenants, scoring some hits but to no conclusion. The Bjarnulfholm Guard and Jarl Eirik’s troops inflicted heavy casualties on the Zombies, but they held in there despite that.

The cannon Munin blasted the Necromancer out of existence. Being able to conquer death didn’t stop shrapnel tearing him apart. Jarl Olaf’s Regiment and the Archers positioned themselves to try and block the other Undead units until reinforcements could arrive. 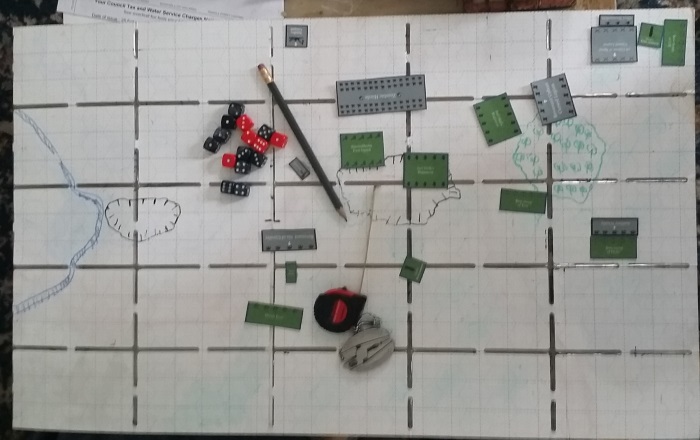 The Undead are starting to get hemmed in by superior numbers

Jarl Sven has survived the onslaught from the Revenant Cavalry. the Zombies inflicted damage, and recruited new members from, The Bjarnulfhom Regiment. That regiment came close to breaking, and it was too far from its Jarl to be able to rally them, but they held steady.

Flokr’s Archers were not so resolute. They did not break, but they are now wavering, and wll be unable to prosecute any attack next turn. 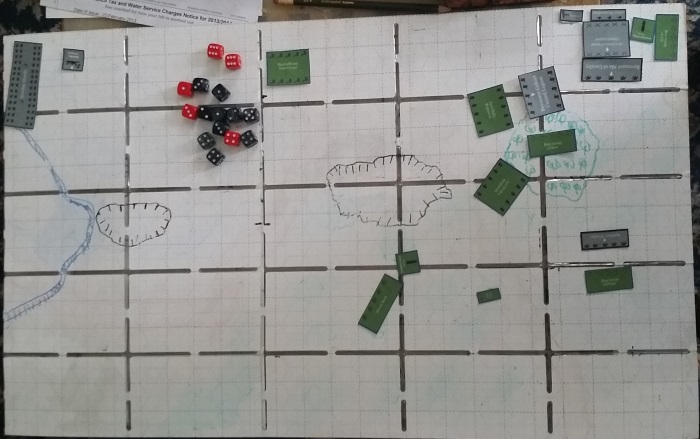 The Tide has turned!

The Bjornulfholm Regiment overruns the Balefire Catapult, though Jarl Eirik’s Shieldwall might have been better to use. Luckily there were triple rolls for attacking a Warmachine, otherwise it would have been just fine.

Flokr’s Archers are wavering so do nothing, as are Olaf’s Regiment, but Ivor’s archers attacked the Revenent Cohort in the flank, but that had no effect. The cannon turns around and Jarl Sven retreats, I mean, sorry, advances to their right wing given the knights free reign against the Revenant Cavalry. They break the Revenants and change facing ready to advance next turn. 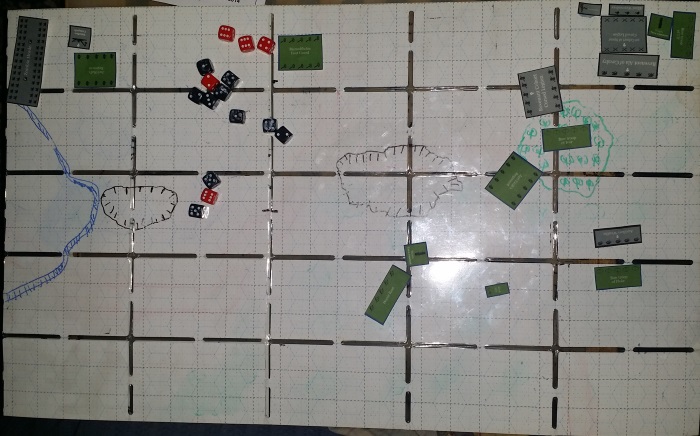 The Revenant Cohort could counter charge the Archers by turning to face them and attack, which is one of the changes in this version of the rules, but instead they decided to attack the Jarl Olaf’s Shieldwall, which breaks and flees. The Wraiths hit the Archers again, but they fail to inflict any damage.

The game ended there,. In a large part due to luck going towards the Northmen this time. Usually I only see that many sixes when rolling low indicates a crit.

The Revenant Cohort could have held out to the end as noone  had it in a charge position. However I had a good sense of how this played and finished up there.

Final conclusions
As I found yesterday, this is a fast, streamlined game that just lets you get on with your tactics. The different units and races do have some special effects, but the special effects do not overwhelm the game. As it should be, this is about troops getting out there and fighting. Yes a huge blast from a cannon can rip through a unit, but it is not going to blast the whole army and it is very fragile. The mages can shoot lightning, but it is more of a support attack than a battle winning attack on its own.

A good point was made by Andrew Bussey of G3, which is the club I would go to if work allowed. With Warhammer there is some “player agency”, in that if your troops have a save roll, then you get to roll in your opponent’s turn. You feel involved. In Kings of War the active player makes all the rolls. So. Do you miss this?

I do not think so. Yes, you have the sense of being involved but, in part, that becomes necessary is that a turn in Warhammer can take so long that you need something to do to stay involved. In Kings of War it is so speedy that you get your turn to roll dice and enact your plans in short order.

So. I like this. I think I like it more than the last version of WFB I played, which was, I think, 7th edition. I have Humans that I can do but I have the Island of Blood set so would love to use Ratmen, if those get added to the world, and Undead. I had a project a long time ago for a Roman and celtic undead army. It would be great to get that done.

Now to try that all werewolf army idea, what will it do?